This week an anonymous Missing in the Mission blogger shares what she terms her ‘dark night of the soul’, in the first of a two-part post. Grief can be scariest when it seemingly erupts out of nowhere, yet refuses to be stemmed. 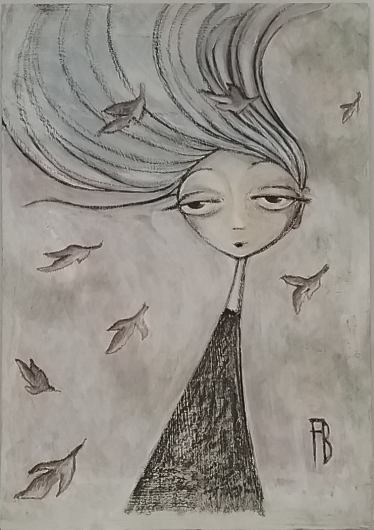 August 2012. In the UK, it was the summer of the Olympics, of the Queen’s golden jubilee, of jet streams that interrupted every sunny day with sudden downpours. It was also the year when the world was supposed to come to an end, when the planets were to come into total alignment with the sun – an astrological event occurring only every few million years – and when we were to move beyond the technology, modernism and cold logic of the last few hundred years and towards a state of deeper consciousness, more connected to the earth and humanity.

That month found me in my small box room in my parents’ house, in hysterical tears. The tears were so uncontrollable for so many days and weeks, that I could be anywhere – not just in the quiet solitude of my bedroom – and I would start welling up with sadness and despair. I could be on the bus, or in a shop, or sitting at dinner with my family, and I would have to start choking back the wave that came rushing in; Oh no, not now…now is not the time to make a scene…I don’t want people to see me like this. But it was usually impossible to hide it, or to push away those unwanted emotions of self-pity, anger, resentment – that side of ourselves that generally we would rather not see, let alone show to others. I had reached a point where everything around me seemed unfair and too painful to acknowledge. News I watched on TV or heard from friends simply reminded me of what I lacked in life – purpose, love, contentment. Most social occasions triggered further tears as I dwelt on the emptiness of my life compared with others.

At my darkest moments I felt delirious; my negative thoughts and despair scared me. I wondered who could possibly understand me or how I was feeling. I existed only within the dark shadows of my soul. It was to be long and drawn out, and painful, and unlike previous occasions of vulnerability, I could do nothing to hide or suppress it; the tears came with such determination that I was forced to stop all I was doing, and listen to what this darkness was trying to tell me.

This literal watershed caught me offguard. I’m not someone who regularly feels depressed; on the contrary, I’d spent most of my adult life working hard in a job I loved, having fun, feeling happy and carefree. I’d lived in some difficult places far from home, working on human rights and peace-building programmes in East Africa and the Middle East, meeting a host of wonderful and inspiring characters along the way, and always came back to London to a loving family and friends.

But the grieving period apparently imposed on me from nowhere in 2012 was, perhaps, long overdue. I’d been working in a job where I was surrounded by grief every day. Since I had started working in the aid sector in 2002, I’d witnessed children fleeing rebel armies in Uganda, some of whom were abducted and forced to fight or to become ‘sex slaves’; I’d been friends with Palestinians who’d been arrested by Israel for their campaigning activities and held in solitary confinement; I’d worked with people who’d lost all that was dear to them and had no support or sympathy from their governments, in Iraq, or Colombia, or Sri Lanka.

The year before, in 2011, I was working in Palestine for a local human rights organization that supports political prisoners detained by the Israeli Occupying Forces. My average week consisted of speaking to or writing about those who’d lost land, or houses, or loved ones as a result of the Israeli occupation. Outside working hours, we were still constantly reminded of what we were living under, thanks to the Israeli checkpoints manned by rifle-wielding angry eighteen year old soldiers, the 8 metre high Separation Wall separating Palestinians in the West Bank from Jerusalem and Israel and the illegal settlements dotting the Palestinian landscape.

In October 2011 I left Palestine with a broken heart from a relationship that was doomed from the start, and with a broken mind. I was not sure whether any of the work I’d done had actually achieved anything, or whether it was recognized or appreciated by my colleagues or the Palestinians we were trying to help. I felt beaten and destroyed – by the Israeli occupation and its brainwashed and aggressive footsoldiers, by the American government which was sustaining this regime with $3 billion of aid each year and turning a blind eye to its abuses, and by the realization that stability and a loving relationship – two things I yearned for – were not, in my case, to be found there.

I came home, penniless and jobless, to the unsettling contrast of the leafy southwest London suburbs where my parents lived. I would spend the next 15 months unemployed, claiming benefits and unable to move out or carve a life for myself back in the UK. This was not what I had imagined for myself in my mid-30s. Nor was I prepared for the environment I would live in on my return. As I struggled to process my own grief, further wounds were opened through a family crisis that shook us all and took huge emotional strength to overcome.

I dealt with all of this by convincing myself I was fine, that I was strong enough to handle the crisis and to be the support that both my parents needed at the time. I became a sponge, soaking up all the anger and resentment, secrets and lies of our family. I applied for many jobs and never heard a response. Much of the time my efforts were half-hearted, as the passion for human rights work I’d assumed would always remain with me had suddenly faded. I began to question what all my steps up the ladder in my chosen profession had been about, when I was fast falling back down them, no longer sure of who I was or where I wanted to be. The one interview I did have was with a charity I used to work for, where I was sure I would get the job because of my history there. I didn’t.

And so I carried on in this brave new world, where there were no longer the guarantees I’d taken for granted before, like a regular income, a career I loved, and enough money to pay the rent. I thought I was doing OK in this new world, and that I was putting any emotional upheavals – both personal and work-related – behind me. I was therefore completely unprepared for what was still to come.