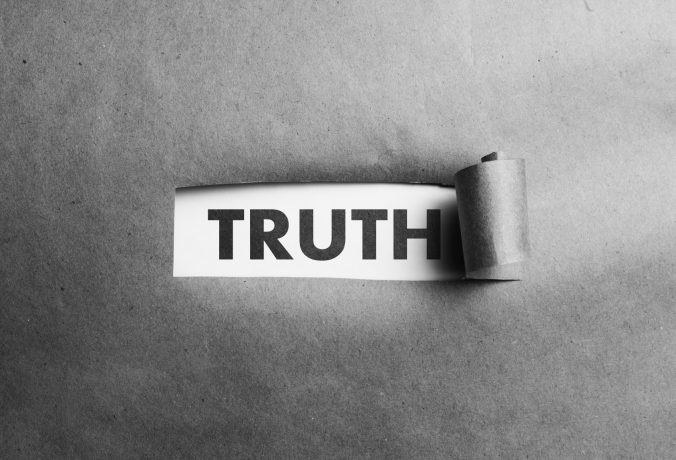 The truth is out there. Source: http://stmichaels.org.au/wp-content/uploads/sites/2/2016/08/Truth.jpg

Exhale.  We made it.  We’re in 2017.  The churning jowls of last year didn’t devour all of us, even if they ground our souls to gristle.

Why did 2016 feel so existentially threatening?  For those of us involved in international affairs, especially humanitarianism, the broad political trends were hard not to take personally.  Brexit was a stunning reminder—a wake-up call?—that growing global cooperation is by no means a given; many components of the Leave Campaign demonstrated the power of xenophobic falsehoods, fear-fueled hatreds that then reared their ugly heads time and time again throughout the Republican campaign for the American presidency.  As these efforts and others, like the “no” vote for Colombian peace, drew to their nasty, lamentable ends, we became increasingly distrustful of those around us: are my neighbors closet xenophobes?  Are my friends secretly racist?  What do my family members really think?  The gap between public polls and private voting booths left us wondering if civility had crumbled behind closed doors.  The loss of trust was one of 2016’s greatest casualties.

As humanitarian aid and international development workers, we were right to take far-right political campaigns personally: they targeted our livelihoods, which reflect core sets of beliefs about the world that we live in and the world we want to live in.  The world we believe in upholds human rights for all and protects the most vulnerable; that is not the world that charlatan politicians sold and that huge swaths of their populations purchased.  So where to, 2017?

We must keep our heads held high and our ideals intact.  “What is right is not always popular, and what is popular is not always right,” said Albert Einstein (if the internet can be trusted).  Xenophobia certainly isn’t right even if it currently seems to be in vogue.  To suggest that we should turn our backs on refugees—many of whom are refugees because of geopolitical games that our governments have benefitted from—is a moral abomination.  We should call it a moral abomination in voices loud and soft.  The world needs moral clarity on refugee issues right now, and as humanitarian aid workers, we should not be afraid to offer it.

The next time somebody learns about your work and says, “You do such wonderful things in the world,” do not turn your head down and mumble something like, “Oh, I don’t really do that much,” or, “It’s really nothing,” even if those sentences are what you are really thinking.  Meet the eyes of the one who has complimented you and say, “You’re welcome.  I’d love to talk to you more about refugees and humanitarian affairs.”  Take time to engage and to explain.  Explain the roots of the Syrian crisis and your own government’s role in it, the Iraqi crisis and your own government’s role in it.  Talk your listener through the refugee vetting process.  Lay out precisely how much of your country’s national budget is invested in international development; you don’t need to emphasize what a tiny percentage of the budget it is.  The numbers speak for themselves.

Recommit to truth—both moral truth and objective facts.  Moral truth requires that we commit selfless acts.  That truth beats its drum more insistently today than ever.  Ignore the current buzz that we live in a “post-factual” world.  People may be more immune than ever to the truth, to facts—but lies got us into this mess.  They surely will not get us out.  Truth is messy, and facts can be evasive and contested, but some facts exist.  A bomb has gone off, or it hasn’t.  A family has fled its home, or it has remained there.  A child has eaten its breakfast, or not; a child is malnourished, or not.  Not knowing facts doesn’t make them untrue.

Finally, this: practice empathy.  Work the muscle.  It may not feel like much right now, but it is the strongest tool we have.