The author with her brother somewhere on the road. Credit: Jennifer Robinson

When I left Iraq in the spring of 2016 after two full years responding to the Syrian refugee crisis and later to the overwhelming wave of internally displaced people from Mosul, I felt certain that I was done for a while. I knew I wanted a break and could commit to taking one. During that break I would learn to quiet myself, find my center, and focus on a season of creativity. When I said goodbye to my colleagues, I didn’t plan on seeing any of them for at least a year.

My dad picked me up from the airport in San Diego in a new (used) Mercedes, which we filled with the smell of fast food tacos. On the ride home, we chatted about my flight and the weather in Erbil, his work and latest golf scores. My dad was giving me the space to talk if I wanted; I was waiting for a question. After a few minutes we both decided to END_OF_DOCUMENT_TOKEN_TO_BE_REPLACED 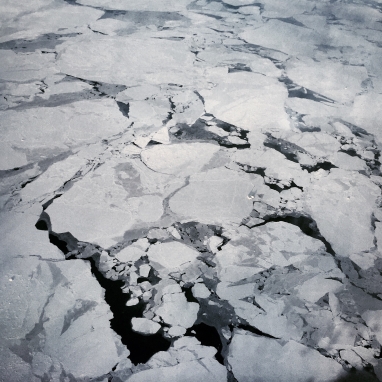 Icebreakers. Depending on the number of workshops and conferences you attend (or facilitate) you’ve probably been asked to play bingo, go on a scavenger hunt, and share everything from dietary preferences to childhood secrets–all in the name of getting to know your fellow participants.

Here are a few of the most recent ways I’ve been asked to break the ice:

“What’s your favorite ice cream flavor?” This one is easy. Green tea.
“What is your superpower?” Drawing a blank. … Am I the only person here without a special talent? :::sweat response kicks in::: Does typing over 80 words per minute count as a ‘superpower’?
“What’s your favorite guilty-pleasure TV series?” How to answer this without letting everyone know it’s Dog the Bounty Hunter...  Doh!
“What are you most proud of?”

This last question was asked of me last Monday, at about 8am, by a very earnest and engaging public entrepreneur from Colombia. We had been put in pairs and told to ask each other this and a few other questions before introducing our partner to the wider group. I immediately shared something very personal, something I wasn’t ready to END_OF_DOCUMENT_TOKEN_TO_BE_REPLACED

This post is written by Leora Ward. Leora is an aid worker and life coach who supports women in the humanitarian and caring professions through her organization, Healing in Service.

Leora Ward of Healing in Service

I was 24 when I first started working in West Africa, 25 when I moved to northern Uganda, and 26 when I took my first job in Darfur, Sudan. At the time, I got many comments from family and friends about my choice and decision to move so far away, to a war-torn country nonetheless. Some people found it idealistic, others thought it was “cute”, and then others called me a bleeding heart. I didn’t really take it personally at the time and never responded. The fact is that I didn’t have the words at that point to truly explain WHY I went into the humanitarian field. And, ever since then, I have bounced between altruistic responses about wanting to create a better world, to savior-like ones that sound something like, “well, someone’s got to do it!”

It wasn’t until much later that something clicked. I have coached women in the humanitarian and development fields for almost 2 years now. In doing so, I have gotten to know myself better and also understand the real reasons WHY we do this work. It seems END_OF_DOCUMENT_TOKEN_TO_BE_REPLACED

This blog is written by Minna Järvenpää.  For Minna, yoga and meditation have played a key role in regaining inner balance. She is now finding ways to share the tools she learned, through Tools for Inner Peace, which promotes the mental and emotional wellbeing of aid workers, journalists and other frontline professionals. 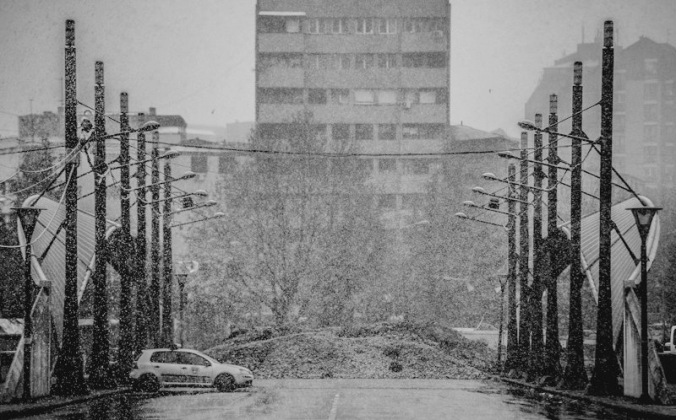 Somewhere along a decade-long road from Sarajevo to Kabul I started tilting out of balance – as a result of toxic levels of stress.

The tipping point came on a day of rioting in Mitrovica on 17 March 2004. Nineteen people were killed that day and two hundred hospitalised. I was the ‘Mayor’ of Mitrovica, appointed by the UN in Kosovo as caretaker when the Serbs of the divided town refused to vote. I had seen the violence coming but had been unable to convince those who could have prevented it to act. During the months after leaving Kosovo, I sat and stared out at the Adriatic sea, until the images of that day blurred along with the remembered smell of tear-gas and the sound of bullets ricocheting from the trees.

Already in the lead-up to the violence, I had developed brutal insomnia and started lashing out at people in a state of exhausted dysfunction. The only times I remember experiencing real relaxation in the months before March 2004 were when a friend and colleague in Mitrovica dragged me along to a yoga class.

In the aftermath, when I began suffering from hypervigilance (every car on the road was potentially out to run me over) and avoiding people and conversations that would trigger END_OF_DOCUMENT_TOKEN_TO_BE_REPLACED

The truth is out there. Source: http://stmichaels.org.au/wp-content/uploads/sites/2/2016/08/Truth.jpg

Exhale.  We made it.  We’re in 2017.  The churning jowls of last year didn’t devour all of us, even if they ground our souls to gristle.

Why did 2016 feel so existentially threatening?  For those of us involved in international affairs, especially humanitarianism, the broad political trends were hard not to take personally.  Brexit was a stunning reminder—a wake-up call?—that growing global cooperation is by no means a given; many components of the Leave Campaign demonstrated the power of xenophobic falsehoods, fear-fueled hatreds that then reared their ugly heads time and time again throughout the Republican campaign for the American presidency.  As these efforts and others, like the “no” vote for Colombian peace, drew to their nasty, lamentable ends, we became increasingly distrustful of those around us: are my neighbors closet xenophobes?  Are my friends secretly racist?  What do my family members really think?  The gap between public polls and private voting booths left us wondering if civility had crumbled behind closed doors.  The loss of trust was one of 2016’s greatest casualties.

As humanitarian aid and international development workers, we were right to take far-right political campaigns personally: they targeted our livelihoods, which reflect core sets END_OF_DOCUMENT_TOKEN_TO_BE_REPLACED

Before you know what kindness really is
you must lose things,
feel the future dissolve in a moment
like salt in a weakened broth.
What you held in your hand,
what you counted and carefully saved, END_OF_DOCUMENT_TOKEN_TO_BE_REPLACED 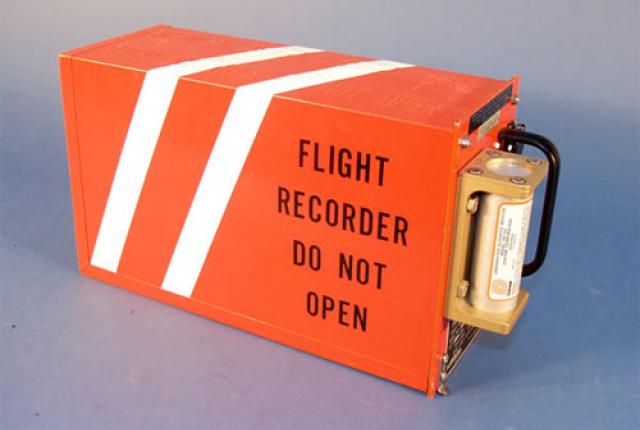 I recently had dinner with a friend who was passing through town for a few days. We worked in DR Congo together six years ago and have only seen each other once or twice since, so it was a nice surprise to hear from her. We went out for a long catch-up dinner, with wine and appetizers and a checkered tablecloth. At some point–don’t ask me how–the subject of panic rooms came up. She looked at me and said, “Yeah, and I told her the only time I’ve used one was with you, in North Kivu, when there was so much shooting and we had to lock ourselves in the panic room with the radios and sleep there all night.”

Of course, after a few minutes of drawing a blank and trying to look like I wasn’t drawing a blank, the memories came rushing back at me: Having to quickly move the hibernation END_OF_DOCUMENT_TOKEN_TO_BE_REPLACED

This week an anonymous Missing in the Mission blogger shares what she terms her ‘dark night of the soul’, in the second of a two-part post. Grief can be scariest when it seemingly erupts out of nowhere, yet refuses to be stemmed.

Fast forward to August 2012. My dark night of the soul had been triggered, I believe, by a Qi Master I just happened to be put in touch with through an advert I’d seen offering 40% off an acupressure treatment. The Qi Master had massaged gently around various parts of my body before telling me with a look of concern on her face that I appeared to be holding in a lot of anger, as my liver was extremely blocked.

According to eastern medical traditions, which she’d studied and followed for years, blockages in the body prevent the circulation of vital energy known as ‘qi’ (chi) which in turn can have a deep effect on our emotional wellbeing. Unlike Western medical sciences and their propensity to isolate pain to one particular area of the body from which it originates, Eastern traditions see the body as a whole, with qi acting to ignite every part of our being, determining our mental, physical and spiritual health.

I went home from my massage slightly baffled, both by what the Qi Master had told me and by the unfamiliar pain I’d felt when she was massaging my midriff and abdominal END_OF_DOCUMENT_TOKEN_TO_BE_REPLACED

This week an anonymous Missing in the Mission blogger shares what she terms her ‘dark night of the soul’, in the first of a two-part post. Grief can be scariest when it seemingly erupts out of nowhere, yet refuses to be stemmed.

August 2012. In the UK, it was the summer of the Olympics, of the Queen’s golden jubilee, of jet streams that interrupted every sunny day with sudden downpours. It was also the year when the world was supposed to come to an end, when the planets were to come into total alignment with the sun – an astrological event occurring only every few million years – and when we were to move beyond the technology, modernism and cold logic of the last few hundred years and towards a state of deeper consciousness, more connected to the earth and humanity.

That month found me in my small box room in my parents’ house, in hysterical tears. The tears were so uncontrollable for so many days and weeks, that I could be anywhere – not just in the quiet solitude of my bedroom – and I would start welling up with sadness and despair. I could be on the bus, or in a shop, or sitting at dinner with my family, and I would have to start choking back the wave that came rushing in; Oh no, not now…now is not the END_OF_DOCUMENT_TOKEN_TO_BE_REPLACED

Is anyone reading me?  Source: http://static.guim.co.uk

Writing is a matter of life and death.  I sincerely believe that.  If you do not, consider what it meant for a person’s name to be written—or not—on Schindler’s list.  If writing were not so grave, governments would not target journalists with such chilling zeal.  Words are power, and we face a moral obligation to harness them with as much heart and conscience as we can.

As crucial as I know the act of writing to be—a godsend for humanitarians and, we hope, a salve for readers—I marvel and sometimes despair at how much we are writing about so little.  My natural inclination should be to support the proliferation of the written word.  But when The Guardian published a “call to arms” last month, calling for an end to the “report writing madness,” I raised the pitchfork.  We are writing into the void.  When I END_OF_DOCUMENT_TOKEN_TO_BE_REPLACED